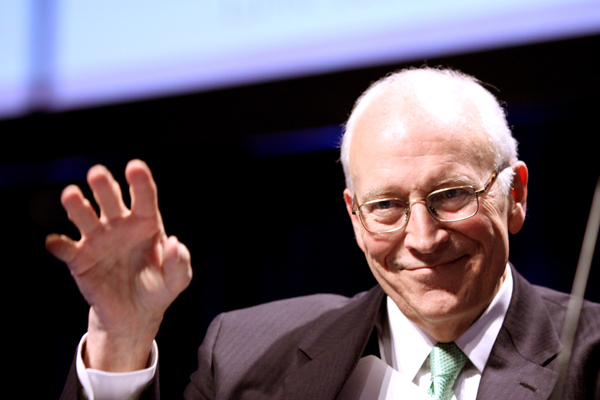 “Does Torture Work?” Is an Immoral Question

The atrocities detailed in the 500 unclassified pages of the 6,700-plus-page Committee Study of the Central Intelligence Agency's Detention and Interrogation Program seem to have occurred in Limbo: in a time without end, a place on no map, a language in which ordinary words—war, soldier, torture—do not mean what they ordinarily mean. On the edge of Hell but not quite in it.

And in spite of the unbearable flesh-and-blood realness of what is contained in its pages, the report did not convince America that it had stepped into the fiery hole. Reporters from Fox News to PBS kept obsessively asking the same questions: Was it torture? Was it legal? And the third question, on which the report itself dwells: Did the “enhanced interrogation techniques”—or EITs—work?

The answers to the first two—yes, of course it was torture; and therefore, no, it was not legal—are so self-evident that few in the foreign media have even bothered to pose the questions.

And if we know that torture occurred, and that torture is prohibited by both U.S. and international law, then whether it worked should be irrelevant. In fact, it is a form of immorality to ask the question.

Our “objective” press has listened respectfully to the Bush apologists’ sophistry. “Torture is something we very carefully avoided,” explained former Vice-President Dick Cheney. “One of the reasons we went to the Justice Department is because we wanted to know specifically what was legal and what was not.” In other words, it couldn’t have been torture because torture is illegal and Attorney General John Ashcroft declared the techniques legal. Ergo: they are not torture.

Bush Chief of Staff Karl Rove elaborated: “Look, these were carefully designed . . . with the principles in mind of our statutory obligations and international commitments. The principal tests were do they involve severe pain or suffering, or do they involve severe and prolonged mental pain and suffering? In each instance, these procedures were carefully designed so they would not pass those barriers.”

As William Aceves, a national security law expert at the California Western School of Law, told the AP, the government defined torture "in such a way that almost any action [it took] could fall short of that definition.”

Read the report, and get back to me on whether the CIA interrogators did or did not inflict severe or prolonged pain and suffering.

Cheney, Rove, and CIA Director John Brennan (with some waffling) said yes; they gave the U.S. “actionable intelligence.” Numerous others, including the FBI and the U.S. Army, in its Training Manual, say no. Torture yields results contaminated by the subject’s willingness to say anything just to get the torment to stop.

If you are not a psychopath it is difficult to stick a pin in a living spider, much less hang a man up for 22 hours at a time or reduce an adult to whimpering and babbling and shitting his pants. Still, in extremis (and the CIA argues that even six years after 9/11, the U.S. was in such a state) some people will feel compelled to inflict torture if they think it will achieve a greater good—say, saving lives. You don’t know if you are one of these people unless you find yourself in such a situation.

Read the report, and get back to me on whether the CIA interrogators did or did not inflict severe or prolonged pain and suffering.

Others will overcome empathy for less lofty reasons. It is not incidental that the two psychologists who planned and ran the CIA’s EIT program were paid $81 million for their services.

In its wisdom, international law does not ask whether torture works. But because empathy and moral revulsion are not sufficient to prevent people, in the name of efficacy, from committing abominations on the bodies and minds of those under their power, the civilized world has found it necessary to build an unbreachable wall around torture—to include it among the injuries from which human rights doctrine protects everyone.

“No physical or mental torture, nor any other form of coercion, may be inflicted on prisoners of war to secure from them information of any kind whatever,” state the Geneva Conventions of 1949. In fact, the punishment need not be cruel or unusual to be illegal. The Conventions forbid a captor to so much as “insult” an intransigent prisoner or expose him to “unpleasant” treatment.

And what if a nation is under attack or threatened by a “ticking time bomb?” Immaterial, says the UN Convention against Torture, which Ronald Reagan signed in 1988: “No exceptional circumstances whatsoever, whether a state of war or a threat of war, internal political instability or any other public emergency, may be invoked as a justification of torture.”

The international guardians of human rights did not have to think long to decide whether the United States had inflicted torture on its detainees. The Senate report documented “a clear policy orchestrated . . . within the Bush administration, which allowed [it] to commit systematic crimes and gross violations of international human rights law," said Ben Emmerson, UN special rapporteur on counterterrorism and human rights. That the policies were approved “at a high level within the U.S. government provides no excuse whatsoever,” he added. “Indeed, it reinforces the need for criminal accountability."

How such accountability can be exacted is unclear. U.S. law unambiguously forbids torture outside its borders, and state laws do the same inside. Violators of the federal statute face up to 20 years in prison. If the victim dies, the torturer may be executed. Yet Attorney General Eric Holder looked at the evidence and couldn’t find an indictable crime. As for prosecution by a global body, while the United States is not party to the International Criminal Court, where such proceedings might take place, the European Center for Constitutional and Human Rights has filed criminal complaints in German court against the Bush Administration.

These international organizations have made it clear: The United States may not define torture to its own specifications—or designate some people as “illegal enemy combatants” and exempt them from human rights protections.

“No one shall be subjected to torture or to cruel, inhuman or degrading treatment or punishment,” pronounces Article 4 of the Universal Declaration of Human Rights. No one. That’s the thing about human rights. Everybody has them—civilian, combatant, citizen, stateless migrant, innocent or criminal. Eichmann had human rights. Osama bin Laden had them. You can’t even waive your human rights. They are inalienable.

To torture is to strip a person not only of rights but of the humanity to which they attach. Dehumanization is torture’s definition, its prerequisite.

Is torture effective? The question is akin to asking if slavery is good economic policy or forced sterilization is an effective means of slowing population growth.

Even if torture does work, it is still wrong. And the minute we start considering it as a tool to select to get the job done—like a wrench or a pliers to turn a bolt, a spade or pickax to dig a hole—then we do not only dehumanize those we torture, we cease to be human ourselves.

How Can We Trust Science?