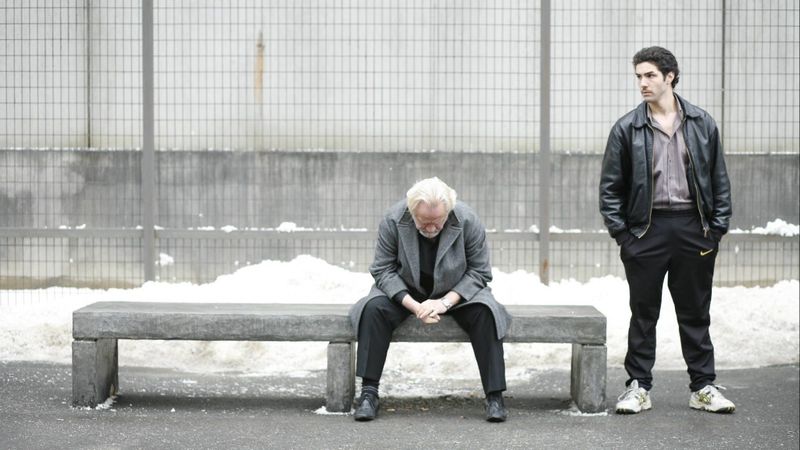 American critics have described Jacques Audiard as the French Scorsese. Indeed his early films had the visceral intensity of Taxi Driver or Raging Bull, and, like Scorsese, he gave psychological depth to antiheroic characters within the structure of Hollywood genre films. With his new gangster film, A Prophet, Audiard need no longer be satisfied with just the Scorsese comparison, for now the critics say he has something of Francis Ford Coppola in him as well.

Like great Hollywood directors, Audiard offers mass audiences adrenaline-rush melodrama, and sophisticated cineastes nuance and style. And unlike a whole generation of French filmmakers who railed against Hollywood while painting themselves into an avante garde corner, Audiard has taken his cue from the nouvelle vague.

In the 1950s and ’60s, these auteurs criticized Hollywood’s mass production methods but also understood the raw emotional power of American genre film. They took the dog-eat-dog world of private-eye movies and translated it into film noir. Audiard, too, has no fealty to Hollywood, but draws inspiration from it. His previous film, The Beat That My Heart Skipped, remade a crude Hollywood movie, James Toback’s Fingers, transforming it into a sensitive, engaging, and morally interesting film. If Audiard resembles Scorsese it is because Scorsese himself belongs to the globalized film industry that finds its inspiration in an increasingly diverse stream of cinematic creativity.

Audiard is a second-generation filmmaker; his father Michael worked on over a hundred movies, most often as a writer of dialogue, but also as a director. During one of the British premiers of A Prophet, however, Audiard complained: “I was not interested in my father’s directing. I found it boring and commonplace.”

We know almost nothing about the relationship between Audiard and his father, but there can be no doubt about the potency of the Oedipal struggle he portrays in both The Beat That My Heart Skipped and A Prophet. The threatening father in the former and father figure in the latter are played by Niels Arestrup, an aging, overweight French actor who has an uncanny ability to convey strength and malevolence. In A Prophet he plays César Luciani, a Corsican gangster, a “capo” who rules the mob from his prison cell and bribes the guards and the French authorities into doing his bidding.

The idea for A Prophet began with Abdel Raouf Dafri, who then completed the original screenplay with Nicholas Peufaillit. Dafri, the son of Algerian immigrants, wrote La Commune, a controversial French television series about life in the banlieues: the suburbs of French cities, where the trappings of poverty resemble American inner-city ghettos. They are plagued by unemployment, crime, drugs, and deep-seated resentment.

Dafri helped Audiard—a privileged outsider—establish credibility in the banlieues. Audiard himself reached out to prisoners and ex-prisoners in order to understand his subject. But if the atmospherics and the details of French prison life are realistic in the film, the character and moral development of the protagonist, Malik El Djebena (Tahar Rahim, in a brilliant first major performance), are classic cinema, intended by Audiard to create an iconic figure representing the disenfranchised of the banlieues.

Dafri’s original idea featured a teenager of North African descent, a member of the growing underclass of France, who goes to prison a petty criminal and comes out a kingpin in the drug racket. Audiard and his cowriter, Thomas Bidegain, refined the plot, importantly making their nineteen-year-old Malik vulnerable and probably innocent rather than a career offender who got an early start. Malik would still become a big-time criminal, but his character, as Audiard describes, would be that of “a nice guy just like you and me, who also kills.”

When we are introduced to Malik, we are given to believe that he is in jail for violently resisting arrest—no real crime if you assume that the French police make a practice of beating up on the North African and Muslim underclass. For Americans the resonance with the justice system’s treatment of African Americans will be clear. And the French prison, like its American counterpart, is organized on racial grounds. In fact the entire film will seem familiar, in this regard, to American viewers.

Malik is a loner, raised in a juvenile home and on the streets, with no memory of his parents. He is illiterate and doesn’t know whether his mother tongue is French or Arabic. We watch as the manchild, trying to be a tough guy, is strip-searched (“bend over and cough”) and made vulnerable in his nakedness. Audiard cast the unknown Rahim primarily because one can read nothing in his eyes. He is the opposite of Hollywood’s leading man.

Audiard’s protagonist is the North African version of Michael Corleone, in a portrait that romanticizes the criminal and ignores the victims.

Experienced prisoners will tell you that you don’t survive inside without a weapon and friends. Malik has neither, and Luciani, the Corsican crime boss, sizes him up his first day in the exercise yard and recognizes that he can be used. On pain of death, Luciani orders Malik to kill Reyeb (Hichem Yacoubi), a fellow North African and critical witness against the Corsicans, who is in protective custody in the prison. Malik has never killed anyone and resists at first, but self-preservation prevails. Reyeb had already contacted Malik in the shower. Talking through a hole in the wall between the stalls, Reyeb offers Malik hash in exchange for oral sex. Malik responds with almost as much disgust and incredulity as he does to Luciani’s ultimatum.

Luciani and his friends rule the prison. They get all the amenities—including whores. Drugs are available to all for a price; prison “contraband” is everywhere, even an old-fashioned double-edged razor blade offered to Malik as the murder weapon. A Corsican shows him how to put it in the side of his mouth against his cheek so that it will not be detected. He is to pretend to go down on Reyeb and then leap up, take the razor out of his mouth, and slash his victim’s throat.

As it turns out, Reyeb is not only a fellow North African, he is a kind and gentle man who at their assignation makes coffee, and offers advice about how to do something useful in prison—educate yourself, etc. Malik is so new to prison violence and so ashamed of the pretense of homosexual seduction that he botches the plan and ends up struggling to physically overpower Reyeb. In a horrifying and macabre scene, blood spurting across the room, Malik succeeds finally in killing Reyeb. It is the backdrop for several surreal directorial moments that follow. The ghost of Reyeb, who functions as Malik’s Muslim conscience, appears in his cell, once with his finger lit like a candle and his back on fire, another time, crowded into Malik’s cot with him.

With this first brutal act, Malik earns his stripes with Luciani, and so begins their Oedipal dance. Luciani, the alpha male with power and cunning, will take pleasure in dominating and humiliating Malik—and grievously underestimate the man his protégé is becoming. Malik secretly learns to read and write and trains himself in the ways of the Corsican gangsters, even learning their language. He studies Luciani and makes alliances with his fellow Muslims inside and outside the prison in a plan to betray the capo who both corrupted and, in a cruel sense, nurtured him.

Luciani, who controls the parole board, gets Malik day passes so he can leave the prison and do jobs for the Corsicans. But Malik has his own agenda. He makes an alliance with the Muslims who thought him a blood traitor, and while in prison Luciani’s “bitch” becomes one of the great drug lords of France with his own Muslim mafia. Eventually they push the Corsicans out of power in prison and in the drug trade.

The Oedipal struggle peaks when Malik has his Muslim underlings punch the powerless Luciani in the groin, just as was done to him when the two met six years before. As Malik leaves the penitentiary having served his sentence, we hear a version of Mack the Knife— Malik’s new identity. But also waiting for him is a woman and her child, the family of his best friend in prison, who has died of cancer. Malik takes the child in his arms, and the woman walks by his side. He has promised to take care of them. We know that he will. As they walk away from the prison they are followed by a cortege of SUV’s filled with admiring and obedient Muslim criminals. Our sympathies remain with Malik. He is the North African version of Michael Corleone, in a portrait that romanticizes the criminal and ignores the victims.

In France A Prophet has become the rallying cry for prison reform. Audiard is understandably mystified. His ambition was to create a movie icon for the French underclass. For other audiences, Audiard has demonstrated that great film has the power to open our hearts and minds to the alien other, as we begin to recognize injustice and to weigh their crimes against our own. 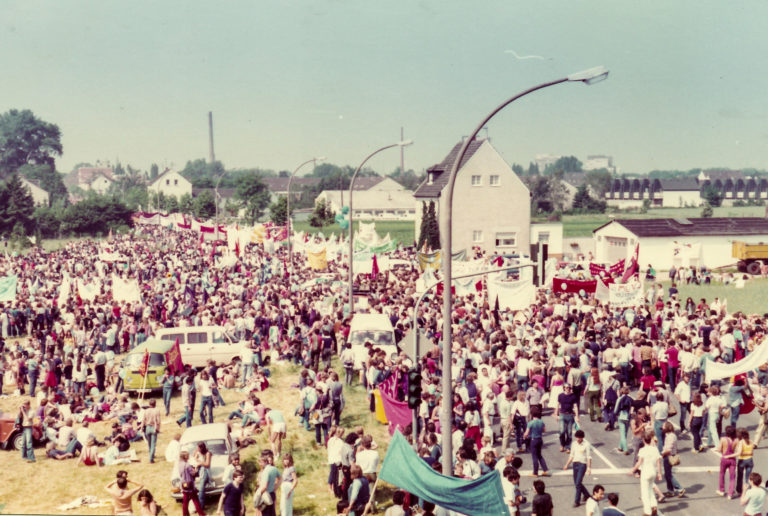 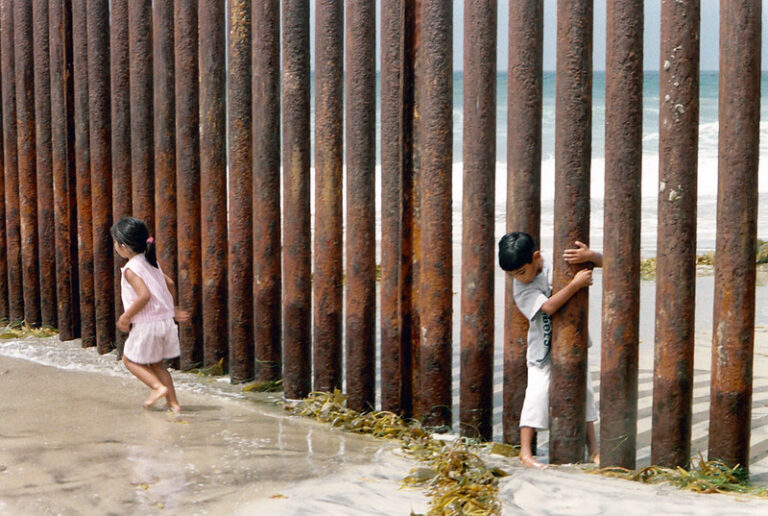 There Is No “Migrant Crisis”