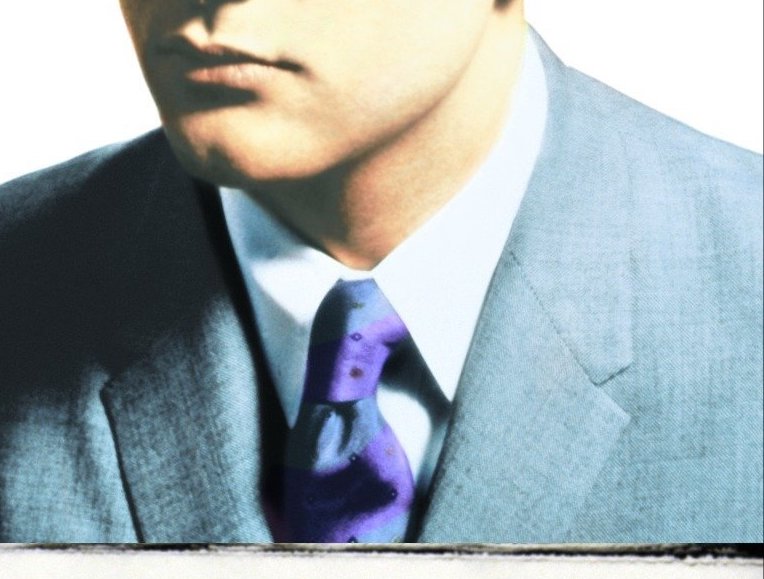 Review: A Few Corrections and The Partnership

By Brad Leithauser and Barry Unsworth.

Barry Unsworth is a type of a novelist that, while uncommon in the United States, has persisted in Britain: conservative in regard to narrative strategies, stylistically neutral, given to deliberate and often inspired craftsmanship. Each of his baker's dozen novels has been something different; he has moved through a broad range of subject, locality, and technique. Sugar and Rum (1990) is a wonderfully comic look at the Thatcher years through the eyes of an aged, failing novelist who spends his days criticizing others' manuscripts for hire and his nights wandering city streets addressing derelicts and searching for "a thread, a pattern of meaning." Sacred Hunger (1992), which deals with the slave trade, won the Booker Prize. Morality Play (1995), set in fourteenth-century Britain, follows an itinerant troupe of players during the plague years who, coming into a town and learning of a recent murder, decide to reenact it as a play.

The Partnership, now published in the United States for the first time, was Unsworth's first novel, originally brought out in 1966. It opens at a cottage in a Cornish village, where Ronald Foley and Michael Moss live and pursue their business of producing ashtrays with pixies for the tourist trade. Theirs is a reserved, stiff, very male relationship, with little said and few, if any, emotions displayed. Moss, a man whose chief talent is "a capacity to lift and heave, impose his will on inert things," is repressed on every front. From time to time "flushes" overtake and render him momentarily helpless. He goes for long, sensuous rambles into the woods, often while remembering his childhood friend Lumley:

Moss stood among the trees looking up through the gushes of blossom at the pale blue sky…. The hills around spluttered with the invalid cries of sheep. Out at sea and invisible the bell-buoy recorded the swell. Quite close, hidden among the leaves, a bird that he could not identify began to sing; the sweet, intensely inhuman phrases trickled through the foliage like something shed or spilt which could never be gathered again.

As for Foley, "impregnability was the nearest he ever came to happiness…. For him life was something one more or less painfully, using whatever materials were to hand, wrought; a laborious, unending process of construction, harassed by a diversity of saboteurs." With no true intrinsic shape, Foley molds himself moment to moment to correspond with what people seem to expect of him. "He tried briefly to picture himself behaving naturally, but could not manage it." His courtship of Gwendoline is a case in point. Everything about it is artificial, overplanned, overthought, nothing about it felt, true emotion—for which Foley lacks the capacity.

That courtship changes everything, and begins to undermine the construct of Foley's life. Things long unsaid and unacknowledged spring up like vines in the still room Foley and Moss have created for themselves. When things get bad, Foley muses, you find somebody to look after you a bit, and he has latched onto Moss, used him, just as he did the wealthy, homely widow he'd recently fled, on account of "the terrible toil of climbing night after night on to Mrs. Burroughs in her bedroom, full of brass objects, in Maida Vale." Moss has much to offer: labor, devotion, the money needed to start up the business. While Moss takes care of cooking and household chores, Foley passes his leisure time looking over the scrapbook of his days as a low-end model and caring for the casts of classical cherubs that he believes, transformed to lamps, will deliver him from manufacturer of tourist ashtrays to wealthy tradesman:

He went over to one corner of the room and took up his long-shanked, specially devised cherub-brush which always rested against the wall there. Much thought had gone into this brush. It had a cane handle several feet long and a tuft of pigeon feathers at the end…. Wielding the brush firmly yet delicately he skirmished among his creatures, dislodging the dust from their dimples and orifices. His face grew absorbed and his tongue protruded slightly. The touch of the feather set many of the cherubs in motion and Foley, pausing among them with the long brush held aloft, his face raised reverently, resembled a figure in some disordered Assumption.

But with Gwendoline's intrusion, the routines that have served so credibly to hold everything in place begin to falter. Threatened, Moss feels the gentleman's agreement between him and Foley slipping, seeming "to presage the abandonment of all forms and ceremonies whatever." The knots are undone, the rope frays, the braiding whirls away into separate fibers, lashing all. If The Partnership shows its age—this insular life surely a thing of the past, the novel's treatment of homosexuality archly dated, and the whole thing oddly claustrophobic—it is also immensely readable, the first novel of an important writer and a fine meditation on relationships formed in silence and of misapprehensions: nests woven from the straw of separate lives that will never be spun to gold, never hold against the wind.

Brad Leithauser has written four collections of poetry, a book of literary essays, Penchants and Places, and four previous novels,Equal Distance, Hence, Seaward and The Friends of Freeland. His prose, like his poetry, is quietly accomplished (he writes, for instance, in metrical forms) and given to celebration of quotidian life. He manages again and again to validate our small lives, to draw out the sadness, sorrow, joy, and wisdom so often held in: to make it visible.

Opening on the obituary of Wesley Cross Sultan, salesman, philanderer, and unexceptional man, Leithauser's new book poses, from the outset, the following question: are all novels at heart biography? "There are at least a dozen errors here," our narrator, Luke Planter, says upon reading the obituary. Planter, the reader will find, has good reason to care about the errors, and from this initial question, for the reader, like those pop-up constructions in children's books, springs a cascade of questions: Is comprehensive, even accurate, portraiture possible? Is the pattern of a man's life readable? Is there some continuum implicit in the arc and fall of motive, choice, self-interrogation, self-justification? Is there a truthto that life? Or is truth forever multiple and malleable: foaled out of Chance by Interpretation?

A Few Corrections is in many ways a book of questions.

At least a dozen errors. And what may come across in summary as over-intellectualized, even as postmodern game-playing, in fact fronts a remarkably traditional novel. Luke Planter embarks upon an investigation to discover the life behind that bare scatter of words, taking to the road, to rural France, Miami Beach, Restoration, Mich., to interview those in whose lives might be detected the record, the impress, of Wesley Cross Sultan. Wives, brother, mother, children. A series of soft collisions ensues as the narrator tracks Sultan's reckless careen through failed businesses, multiple marriages, and lie upon lie into the terminal stall and long glide down to his final day at the Silk and Satin Saloon. Itself a kind of bracket or parenthesis, the narrative winds, dips, and limbos along. Each chapter begins with corrections to the original obituary, penciled in as by a copyeditor. Not until well along do we discover the narrator's identity, though by this time, for all Leithauser's deft sleight of hand, it's a dull reader who will not have anticipated it. From that narrator, about the same time, we hear, behind parentheses:

(And this is perhaps the place to acknowledge publicly what these pages doubtless have already reflected: With each paragraph assembled here, I'm feeling a stronger impulse to step forward and plant myself center stage. It's a temptation I mean to resist, largely restricting myself to those parentheses and brackets so congenial to the mathematical mind, or at least to the ex-math major—though I do intend, as a reward for good behavior, to grant myself the last word.)

From another character, meanwhile, comes this ventriloquial statement: "I suppose that's the question, isn't it? The one each of us ultimately faces? Whether we're skilled enough interpreters to make even minimal sense of our lives?"

Make proves the key word here, as in (from the Latin) fictio, a shaping. For Planter's task, the biographer's task, like the novelist's—what both must settle for—is finally to construct not an imitation of the world but an alternate for it.

In his quest, Luke takes on the avatar of the classic detective, remaining transparent (at least initially), taking in data, and peering closely at circumstances where, as Gide wrote of the detective form, "the truth slowly becomes visible through the haze of deception."

"How long can you go on pretending to play Sherlock Holmes when there isn't any mystery?" the dead man's brother exclaims near the end.

True enough, one by one all the comfortable stories have given way, pretense and supposition—those bulwarks of the 1950s and '60s about which Leithauser writes—gone south. Of the man Luke sought to know, in the end little's to be known and little enough proves worth knowing. Quite the opposite with those he meets on his quest. Luke's, and the reader's, is a journey of sudden turns and reversals.

"There isn't a single grave I wouldn't rifle, in my headlong pursuit of a few corrections," Luke says at the end. We live our lives forward while trying to understand them backwards. And, finally, interpretation implies assigning, not divining, meaning. It's not correction in the sense of emendation or revision that Luke seeks, but correction in the sense of repair, restoration. Like Wesley Cross Sultan, we find or make our way to the stories that let us go on.

James Sallis is author of Time’s Hammers and Gently into the Land of the Meateaters. His review of the Oulipo Compendium appeared in our February/March 1999 issue. 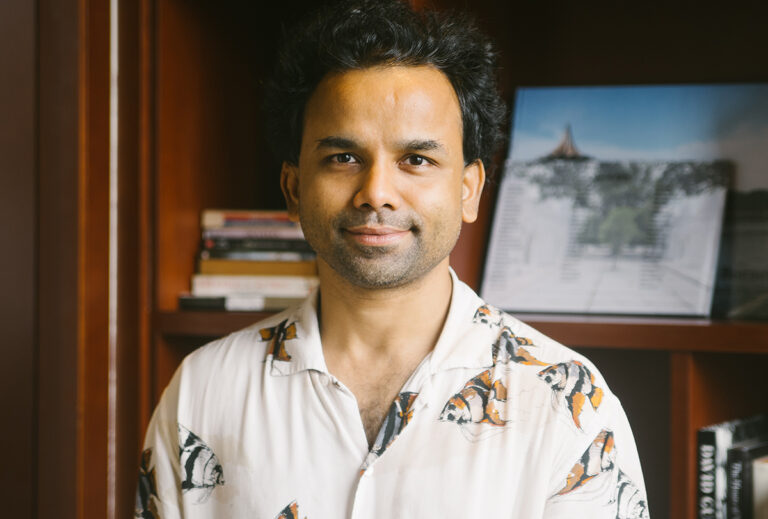