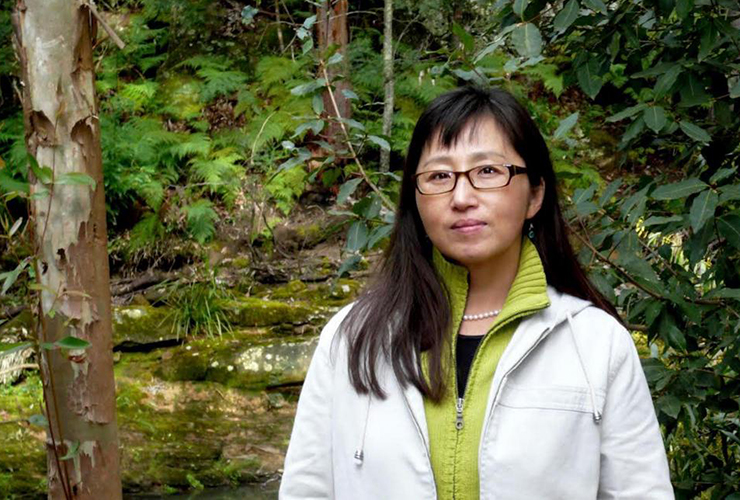 Excerpted from “The Apparatus,” from the forthcoming DMZ Colony.

Poem
In the penal colony:

“Does he know his sentence?” “(the explorer)”

“He doesn’t know the sentence that has been passed on him?” “(the explorer)”

“There would be no point in telling him. He’ll learn it on his body” “(the officer)”

“honor thy superiors!” “(the Harrow)”

(you evil bitches!) “the neocolonial wisdom”

(honor thy king!) “the old wisdom”

(you scums of society!) “the neocolonial wisdom”

(honor thy husband!) “the old wisdom”

(you!) “the neocolonial wisdom”

(Before the woman was released, that is to say, after she was clubbed nonstop for an entire month, she received orders to bathe at a creek in a remote area. When she took off her clothes, the same ones she was wearing the day she was captured for no apparent reason and put into a so-called “mind-heart-soul” reform camp under the command of a new commandant [one more US-backed dic-tator, a.k.a. “Your Excellency”] [for there is never a shortage of them]–after all the police had to fill a certain quota of women [300 out of 60,000]–the woman went into shock from what she saw. Her whole body was blue! There wasn’t a single part of her body that was not blue from the savage beatings. She thought she was the only blue one, but the woman next to her was also blue! The woman in front of her was, again, blue! And the woman behind her was totally blue!) “the investigator”

Don Mee Choi is author of the National Book Award–winning DMZ Colony. She was a 2021 MacArthur and Guggenheim fellow, and has received a Whiting Award, Lannan Literary Fellowship, Lucien Stryk Translation Prize, and DAAD Artists-in-Berlin Fellowship. She has translated several collections of Kim Hyesoon’s poetry, including Autobiography of Death, which received the 2019 International Griffin Poetry Prize.