We are halfway through “The Third Hour of the Night,” a monumental poem that occupies more than half of Frank Bidart’s latest collection, when the speaker addresses the poem’s protagonist, Benvenuto Cellini, with an emblematic line. Cellini, the great Renaissance sculptor and goldsmith, is in the act of making Perseus, his masterpiece, and Bidart’s lyric persona tells him, “you have again taught yourself to disappear.” The words resonate strongly, if paradoxically, with this entire collection of poems, which is focused so intently on the poet in relation to his world. For Bidart, the artist is at the pinnacle of his greatness when he unmakes himself; the sculpture comes to life in a moment of disconnection from the sculptor. To create a great work, Bidart tells us, the sculptor must strive “to release the thread” that comes from “somewhere within his body.”

Star Dust is sculpted with Cellini-like care. The book opens with Music Like Dirt, a sequence of 14 poems first published as a 2003 chapbook (the first to be named a finalist for the Pulitzer Prize) and concerned primarily with “the human need to make.” The second section, comprising eight short lyrics and “The Third Hour of the Night,” the much-anticipated new installment of a series initiated over 15 years ago, offers a formidable counterweight to what has come before; the failure to realize “the human need to make” in the first section becomes an effort to make by unmaking the self in the second. The two sections interpenetrate, mirror, and modify one another, creating a dynamic and impressively realized whole.

We find the thematic bridge between these sections in “Lament for the Makers,” the final poem of Music Like Dirt. Here, Bidart declares that human making is inextricable from biographical, psychological, and spiritual introspection:

Not bird not badger not beaver not bee
Many creatures must
make, but only one must seek
within itself what to make

These lines, which serve as a refrain, underscore the primacy of the personal in Bidart’s poems, and indeed “Lament for the Makers” is an autobiographical meditation within an elegant formal frame. We are told about Bidart’s parents and their struggles to make, his father by turning a kitschy ring into an heirloom, his mother by keeping the family home. The alliteration in the opening line leads to the b of Bidart’s own name, which is recalled in his father’s ring: “a B with a dart.” While the ring registers the pathetic failure of the struggle to make, the wordplay on the father and son’s shared name also points to the word “art,” the striving toward which Bidart expresses in the poem’s final couplet by addressing “masters” like Cellini: “Teach me, masters who by making were / remade, your art.” As we often find in Bidart’s work, the line break is extraordinarily telling: not only did these artists find personal renaissance in their creative efforts, but they also existed—and ultimately secured their immortality—through making. Like the masters to whom he appeals, Bidart finds inspiration through reflection, and then, in making the poem, refashions himself.

Frank Bidart is a poet of few words, in part because he invests such care in sculpting line breaks and spaces, and through his masterful manipulation of aporia is able to offer up raw emotional energy and forthright, even blunt, expression, which is at once choreographed and sincere. While the poet often seems to be putting a mirror up to life, what we tend to find in that mirror is not life per se, but the poet’s probings at the edges of human desire. The lives of both past artists and the self provide the meticulously organized props in this performance, and in Music Like Dirt, the struggle of Bidart’s parents is presented as one of many examples of the failure of human beings to recognize their own need to make. In “Young Marx,” this disconnection from making and from what one makes, including one’s own life, invites association with the worker’s alienation from his product: “That estranged from labor the laborer is / self-estranged, alien to himself.” And in “Advice to the Players,” the poet describes making “Without clarity” as “a curse, a misfortune.” But here, the poet also provides us with an alternative to alienated labor: “Making is the mirror in which we see ourselves.” When we become conscious of ourselves through making, we escape the curse of alienated labor.

And yet for Bidart, a poet committed to complication, this faith can provide only tempered consolation. In the first poem of the book’s second section, simply entitled “Curse,” self-estranged making takes on tragic proportions, and the poem becomes a curse directed at the perpetrators of September 11. The poem begins:

May breath for a dead moment cease as
jerking your
head upward you hear as if in slow motion
floor
collapse evenly upon floor as one hundred
and ten
floors descend upon you.

Many poets have demonstrated how difficult it is to write about these events without slipping into banalities. Bidart confronts this problem directly: integrity of line, careful sound coordination, and repetition combine to give this opening power and drama. The head is jerked across the line break to reflect sudden movement, while the rhyme of “your” and “floor” forces the addressed perpetrators into direct confrontation with what they have made. Repeated twice, the word “floor” enacts the collapse in slow motion. Most importantly, Bidart resists the elegiac or sentimental modes elicited so easily by the subject. Instead, he constructs rage as a controlled descent (“May what you have made descend upon you”), asking the victims to enter the bodies of their murderers “and eat like acid / the bubble of rectitude that allowed you breath.” The violent making and unmaking performed in the poem—the terrorists making history by unmaking life, the poet unmaking their “rectitude” by making a curse—allow Bidart to reclaim the general problem of making in art by recasting it, in the starkest of terms, according to the calculus of historical disaster and individual experience.

This interplay of making versus unmaking and desire versus “rectitude,” operating on scales both historical and personal, creates the productive tension of the long poem “The Third Hour of the Night.” In this poem, Bidart offers the following description of the force that frustrates the maker’s desire for completion:

Understand that when the beast within you
succeeds again in paralyzing into unending
incompletion whatever you again had the temerity to
try to make
its triumph is made sweeter by
confirmation of its
rectitude.

Later in the poem, Athena’s shield, which enables Perseus to defeat Medusa, symbolizes resistance to this “beast” that would paralyze the maker into stony silence.

But as “Curse” makes painfully clear, it is sometimes the creative act itself that tends toward bloodshed. The slaying of Medusa is bloody and is portrayed as such in Cellini’s rendering. By implication, the defeat of silence also requires an act of violence. The desire to cut or nail a mark into actuality (a theme of continuous interest for the poet and recalled by the image of the “dart” in “Bidart”) is central to his Cellini, who speaks of incising one’s presence “into the hard, careless surface of the world,” a reference not only to the art of sculpture, but also to Cellini’s intention to murder his rival, Bandinelli. Bidart suggests this link in Cellini’s observation:

two things alone cross the illimitable
distance
between the great and the rest of
us, who serve them:—
a knife; and art.

Art and violence come even closer together in the lesson Cellini draws from the Perseus myth: that we must “Kill the thing that looked / upon makes us stone.” And yet, having defeated silence through art, Cellini decides to use that art, instead of his knife, against Bandinelli. He declares, “My art is my revenge.”

Satisfying as this progression is, satisfaction is not Bidart’s goal. In the final part of “The Third Hour of the Night” we return to the vision of the mirror and the insatiable beast, but instead of the mirror defeating the beast, as it does in the Perseus myth, the two are shown to be inextricably bound together: “tonight as I find again in the mirror the familiar appeaseless // eater’s face.” Eater and eaten, maker and made, are merged. The mirror of art can never defeat the beast, because our appetites are insatiable, and they continue to be fed by the self-making that is art-making:

I must fashion out of the corruptible
body a new body good to eat a thousand years
Then I tell the eater’s face that within me is no
sustenance, on my famished
plate centuries have been served me and still
I am famished

If the art of the maker is the art of self-erasure, then we might expect that Cellini could only come to life when the poet steps aside. But the artist disappears when he merges with his subject, not when he moves away from it. We see this in Cellini’s approach to Perseus, and also in Bidart’s approach to Cellini, whom he both addresses and allows to speak for himself. As Bidart puts it in “Hammer,” the challenge for the artist is “To be both author of / this statue, and the statue itself.”

And yet this merger is never complete. Bidart has noted that in his ideal poem “everything embraced would also somehow be annihilated and denied,” a notion reflected in Star Dust’s title poem by the image of city lights blotting out the night sky. Bidart, like the poem’s addressee, is “pleased the price of one // is the other,” because there is no art without this duality, no creation without annihilation, no brilliance of the stars without the dullness of dust. Such oppositions would quickly solidify into clichés in the hands of a lesser poet, but in Bidart’s subtly crafted collection, they remain in a state of flux, animated by the insatiable desire to make that gnaws at the heart of the book. Star Dust leaves its “appeaseless” eater unsatisfied, and the reader hungry for more. 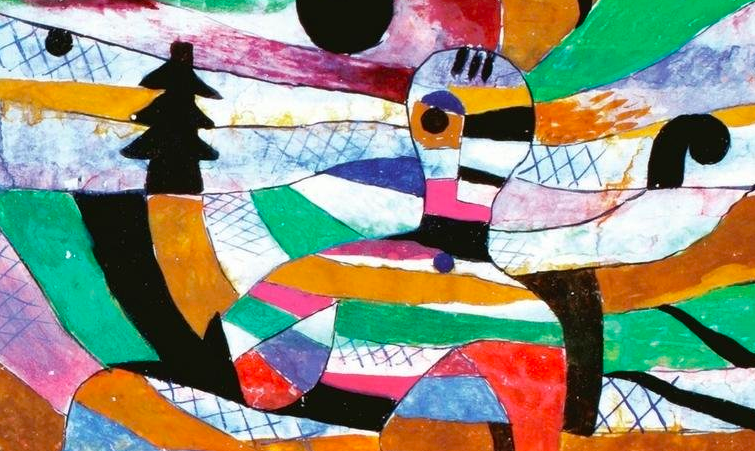