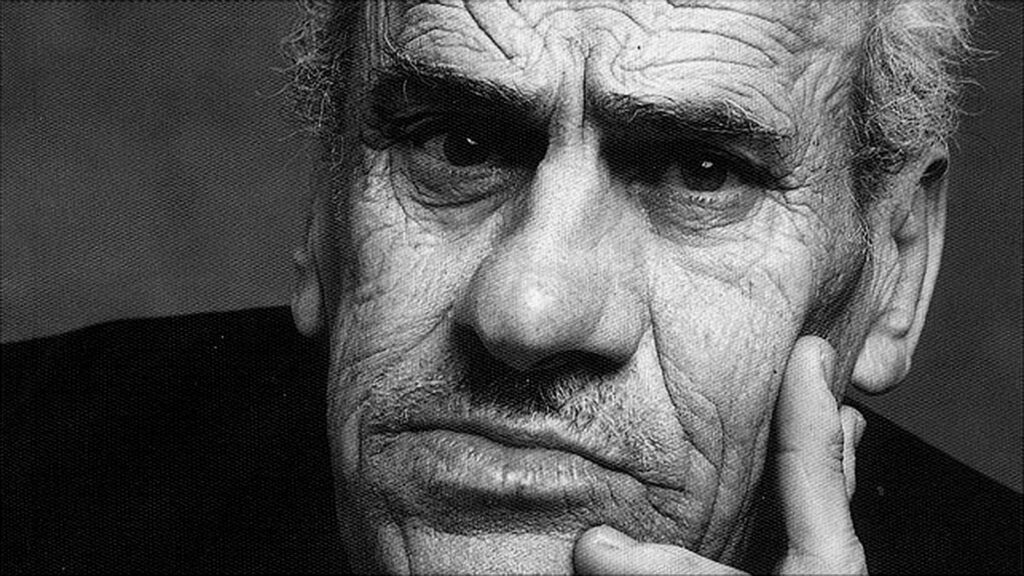 A Measure of Splendor

Sadness is a persistent theme in So What, the first major American publication of the Palestinian poet Taha Muhammad Ali. While American poets hardly avoid the subject of sadness, the word itself has fallen out of vogue in a poetry culture that values complexity. But the simplicity of Muhammad Ali’s poems make them quietly powerful and exceptionally moving.

Born in 1931 in the village of Saffuriya, Muhammad Ali was forced with his family into a year-long exile in 1948, when their village was destroyed by the Israeli army. They eventually settled just five kilometers away. Muhammad Ali, a brilliant autodidact, worked for the next 50 years selling trinkets to Christian tourists from his souvenir shop in Nazareth. He published his first short stories in the 1950s, but his poems did not begin appearing in Arabic-language periodicals until the 1970s.

Muhammad Ali’s backstory looms over the hauntingly direct poems of So What, infusing them with historical urgency. But while most of these poems refer to the author’s difficult life, they are also thoroughly rooted in the pleasures of a simple art, as he describes in “Twigs”:

And so
it has taken me
all of sixty years
to understand
that water is the finest drink,
and bread the most delicious food,
and that art is worthless
unless it plants
a measure of splendor in people's hearts.

Against the crushing specificity of his historical self, Muhammad Ali responds with a delicately balanced generality, allowing him to explore themes that might seem clichéd in any other hands. True, he sometimes reaches out for a specific object or flavor, such as “labneh” (a soft white cheese made from strained yogurt), but for the most part he opts for the universality of bread and water.

Or, again, sadness. “The Falcon,” a long poem in ten sections, is written in direct address to sadness, symbolized by the eponymous bird of prey. This trope—sadness departing and returning over and over again, falcon-like—is hopelessly shopworn, even amateurish in the American context. But here, as in many of the poems of So What, Muhammad Ali relentlessly questions his themes by attacking them from multiple angles, gradually reinventing them in the process. He does this at his own peril, since he does not shy away from the rather flat opening:

If ever,
sadness, it might
be in my power
to free myself
from you one day,
then I would feel,
decidedly,
the suicide's delight as he's freed
from all responsibility!

After these first nine lines, however, Muhammad Ali layers onto his investigations more investigations, until the poem gradually and subtly gains both momentum and nuance. He holds the entire structure together with conjunctions, some of them surprising and even illogical, and sometimes he simply abandons one thought for the next:

And imagine that I
were suddenly
released from you,
like flocks of the Sada'–
the death-owl–
being released
from our fields and skulls . . .
What would happen then?
Suppose I were, at this very moment,
to leave you behind,
as the drunkard leaves the tavern–
what would I lose?

Not only are Muhammad Ali’s obsessive attempts to understand his sadness enthralling, but they evolve across the different sections of the poem. By the end of the second section, the speaker begins to become ambivalent, no longer wishing to free himself from sadness entirely: “What is the bird beyond my burning? / Without my sadness / the songbirds are only / a forest of beaks, / a thicket of claws!” Ultimately, it is this kind of ambivalence that distinguishes the poem’s simplicity of method from simplicity of concept. The poet’s constant descent into emotional ambivalence justifies his simple diction, which in turn fosters our surprise at the richness of Muhammad Ali’s universe.

By the poem’s third section, when the speaker returns to the idea of leaving sadness, the reader is tugged along, experiencing the poem’s tensions as his own:

And still,
it seems
I really will be freed of you—
that I'll leave you
and find rest at least!
For the very first time,
I'll give up
and abandon you
as the pirate abandons his ship.

But in the following section, the speaker again reveals his ambivalence toward sadness, despite longing to leave it by the wayside. Note how another “and” conveys indecision and keeps the poem moving:

And yet . . .
by God, my sadness,
before we part
I'd ask of you,
before you leave
as those who've already left us,
I have but a single request:
I fear that I won't see you
after I say farewell—

By courting the reader’s skepticism about a poem that wears its sadness on its sleeve, Muhammad Ali forces us to question our assumptions about the familiarity of emotions and their means of linguistic expression. In the process, Muhammad Ali elevates many of the poems in So What—a phrase that is itself poised precariously between the empty and the profound—beyond cliché. The speaker’s conscious desire for sadness elevates the poem from one that might initially seem overly simple to one that effectively maps out the tensions within the human condition, the same tensions that trap us in an endless spiral of war and conflict.

It is important to note, however, that not all of Muhammad Ali’s diction is so persistently understated: occasionally, he lets slip more unusual, arresting lines, which stand in tension with his striving toward simplicity. In “The Falcon,” the speaker asks why sadness would have him “collapse / like the eagle’s features,” an especially stunning image for readers more accustomed to the eagle as a symbol of national power. And in “The Evening Wine of Aged Sorrow,” Muhammad Ali again focuses on the universal (“feelings,” “sorrow,” “joy”), which he elevates through a shocking description of weather:

What feelings
of sad and precious joy
come across me,
when I see the evenings
weeping softly, and mercifully,
as though with the tears of sisters,
then vanishing
like the last breath
taken by pellets of hail.

As a whole, So What would most certainly have benefited from more of these interesting images, which might have outweighed some of the book’s blander moments, when the poet is perhaps less successful at lifting his generalities out of cliché, as in “The Height of Love”: “What makes me love / being alive / is something I can’t quite describe.” Or the ending of “Maybe,” which is obviously sentimental and sentimentally obvious:

But in my death
the one thing
I can't describe
is the sudden shiver
that comes across us
when we know for certain we're dying,
that soon our loved ones will vanish,
that we will not see them ever again,
or even be able to think of them.

The same goes for the flat, overly precious ending of “Fooling the Killers,” about a childhood friend who vanishes: “I always envied you, Qasim, / your skill at hiding / in the games of hide-and-seek we played— / barefoot at dusk—forty years ago— / when we were little boys.” In his more successful poems, simplicity is something Muhammad Ali risks and exploits.

One surprise, tucked into the back of Muhammad Ali’s “new and selected poems,” is a solitary short story. Though it is an unusual addition, the story is a refreshing after-dinner treat to the book of poems. Like the poems, this tale of a ten-year-old boy who has spent his entire life yearning for a pair of shoes is deceptively simple:

I went barefoot the first ten years of my life, and while I was bitter about being deprived of shoes, and my incessant desire to get hold of a pair overwhelmed me, my suffering on the day the Moroccan shoeseller came to our village on that day alone, by God my suffering on that single day was such that it surpassed the torment I'd suffered at having gone barefoot for all of the ten previous years.

The boy’s earnest and obsessive desire to get new shoes mirrors the desires of the much older speakers in Muhammad Ali’s poems and their yearning for happiness, for understanding, and for a better life. But in this story, so simple a subject is again complicated in an understated way. The boy understands that his life without shoes is truly miserable, so he renders that misery the object of existence:

It's entirely possible that the joy I took in exploring, the pleasures of hunting and running around and playing, were experienced by none of the boys in the neighborhood in the same way that I experienced them, as most of them had shoes, something which denied them the delights of descending barefoot into the canal and feeling for things with their toes, and scooping them up skillfully from the water, and running back with them to the house, like a hero returning home with a prize . . .

Both the boy and Muhammad Ali understand how experiences that might seem generically tragic and lives far removed from the noise of contemporary Western life are striated with their own inner lives: there are many sadnesses within sadness, as well as odd joys, such that sitting with one’s sadness can be enriching, and not at all maudlin or self-indulgent. For those who believe that luxury has numbed our culture, so that we are forced to search for happiness in novelty—the hotter car, the larger house, the faster computer, and even the more radical poem—here is a poet who cancels out luxury, novelty, and happiness, all at once.

Thus, while Muhammad Ali’s work may be easily dismissed for its simplicity, it is strangely difficult to forget, so effectively does it describe the universal calculus of yearning. The boy in Muhammad Ali’s story wants something more, and when he is finally able to buy a pair of shoes, the seller only has two right shoes remaining. The boy responds, “So what,” over and over again, as if to say that two right shoes, a sign of all the haphazard complications that plague the contemporary world, do not really make any difference.

Victoria Chang is author of Circle, a book of poems, and the editor of Asian American Poetry: The Next Generation. 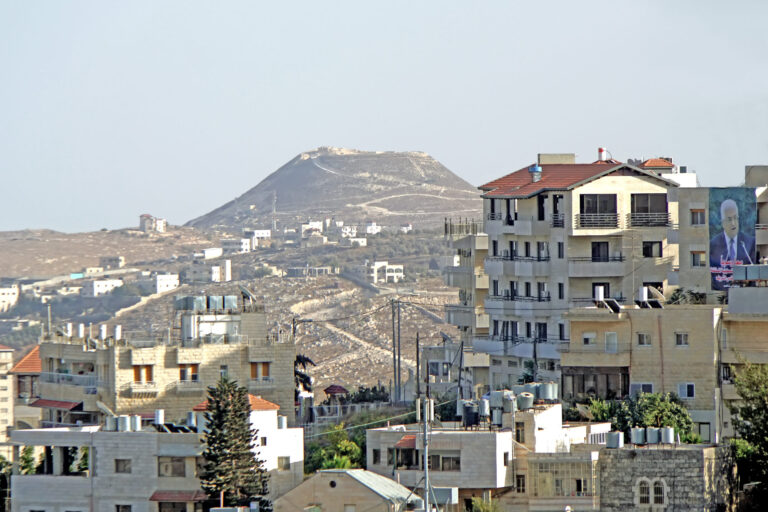