“I am telling you exactly what a Persian is,” Kiarash Zangeneh says as we wend through the alleys of Istanbul’s Beyoğlu district, “because there has never existed a Persian tribe; it’s just a culture and a name.”

We brush past a group of men having an animated conversation in Turkish. After a year in exile, Zangeneh is just beginning to understand the language. “Being a nationalist in Iran is powerful right now,” he continues. “This is the only tool people can fight the government with, the knowledge of themselves and each different tribe.”

Zangeneh has spent years exploring his Persian heritage. He studied figures such as Cyrus the Great, who was known for his tolerance of different religions, cultures, and ideas. He fell in love with the Shahnameh, or Book of Kings, an epic poem that chronicles Persian history from the earliest days until the rise of Islam.

“I chose my name from one of the characters in [the Shahnameh],” he says. “But in Iran I was not allowed to legally change my Islamic name.”

He started using “Kiarash” anyway six years ago, when he was twenty years old and entering the gay community. He was living in Isfahan, Iran’s third-largest city, and working as a graphic designer.

“No one called me by my birth name,” he says of that time. “It was always Kia or Kiarash. And I started to think it was better to use this name. Maybe the police were going to catch me.” Homosexuality is illegal in Iran, and persecution is common.

The alias provided only so much security. By the summer of 2010, he heard for the second time that police were looking for a Kiarash Zangeneh. This was not a complete surprise. He had been volunteering for a Canada-based gay-rights organization called the Iranian Railroad for Queer Refugees (IRQR). Through IRQR Zangeneh met with gay and transgendered Iranians in public places, and at times helped them explain their orientation to their families. He also helped publish news of discrimination against homosexuals in Iran.

Not only gay, but also a queer activist, he knew the police would target him. After learning that authorities were questioning his friends and family, Zangeneh made the difficult decision to leave his country. “My last day in Iran I was thinking, ‘Okay, I will go away for at most three months,’” he recalls. “Some people I didn’t even say goodbye to. My parents, I didn’t hug them, like really strongly.”

Zangeneh fled in August of 2010. He hitchhiked alone, 2,000 miles across the Turkish border and on to Istanbul. It didn’t take long to realize that this was no brief escape.

Soon after moving in with a gay couple he knew, Zangeneh met with Arsham Parsi, the director and founder of IRQR. Parsi brought Zangeneh to the United Nations Refugee Agency to apply for refugee status. Within 24 hours he was approved for temporary residency in Turkey. His application for asylum to a third country, Australia, will now take up to two years.

In 2010 IRQR helped to process 109 cases of queer asylum seekers. Most eventually find homes in Western countries as refugees. Turkey has become the most common stopover for Iranian asylum seekers, in part because Iranians can get to Turkey easily by bus or train and do not need a visa. But most Iranians do not speak the language and are unable to work legally. Discrimination is a problem in Turkey, too, especially outside Istanbul in smaller, more conservative satellite cities.

Soon Kiarash must leave Istanbul and register with the police department in the coastal city of Yalova.

“I think people, the way they are living here in Istanbul, has changed me the most,” he says. We pass a hostel where he often works overnight for 50 Turkish lira (about $27) per shift.

As we turn a corner, the gentle curve of the Galata Tower and the popping of beer cans greet us. We make our way over cobblestones speckled with sunflower seeds and cross-legged twenty-somethings and sit with a group of Zangeneh’s friends.

“This is our wonderful Iranian friend Kia,” a young Turkish man says above the low roar of voices and music.

“I thought Ahmadinejad said there are no gays in Iran,” a German man replies with a smile. The crowd laughs.

“Of course not,” Zangeneh says. “There is not a single one.”

David William Turner is a writer and documentarian based in Portland, Maine. 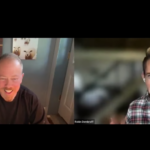