Appeals to our sympathy are everywhere: late-night commercials on behalf of orphans overseas, envelopes bearing pleas from disaster-relief organizations, magazine ads asking help to ease the suffering of piteous (though cute) humans and animals, campus solicitors recruiting students to spend a summer in Central America or Kenya building latrines or conducting AIDS education, and so on. Giving is so popular that companies ride the sentiment. Bono’s “Product Red” campaign channeled a percentage of sales by firms such as Nike and Dell to fight AIDS. Recently, Dignity Health, a huge, nonprofit hospital system, cloaked itself in a “humankindness” campaign, hellohumankindness.org. Humankindness.org was already taken.

That humanitarian appeals tend to work is not a given of human nature. They work because we moderns have learned to sympathize with the suffering of others as far away as the Congo and as strange as leatherback turtles. Our feelings are the products of a humanitarian sensibility that has risen in the last couple of centuries. We, the Western bourgeois, became more sympathetic as we became more sensitive and sentimental.

Historians of emotions—yes, emotions have a history—have documented the construction of people’s feelings. Before roughly the 1800s, sympathy was less common and more restricted in scope, overwhelmed as people were by practical needs and circumstances. Cruelty ran through everyday life—animal torture, bloody brawling, severe punishment of criminals, child abuse, whipping of servants, and so on. Such atrocities repel us today but were less dreadful and sometimes even amusing to people then. (Steven Pinker’s 2011 book The Better Angels of Our Nature, which I reviewed in these pages, recounts the growing revulsion against such everyday violence.) Over a few generations, middle-class parents, following an emerging elite etiquette, taught their children self-restraint, training them to defuse or at least camouflage their anger and vulgar appetites. Self-control helped the bourgeois separate culturally from the lower orders.

Why this modern expansion in the range of objects fit for sympathy?

Bourgeois Americans sought to be refined, to attain an acute “sensibility.” The sensible viscerally felt a sunset, a painting, a musical passage—and also the sufferings of others. Those who were unmoved were mere brutes. Well-reared Americans nurtured such sensitivity and the emotions—positive emotions, only—that they aroused, making them sentimental. In the early 1800s, the teenage daughter of a Massachusetts businessman described in her diary how, as she sat by her window at twilight, “a sweet melancholy diffused itself over my heart. Memory recalled a thousand tender scenes; the silent tear fell, from an emotion, which it was impossible to control.”

Middle-class women immersed themselves in romantic novels and embraced the books’ message that passion was now a prerequisite for marriage. Indeed, having good character required that Victorians engaged in romantic, lasting love. Abraham Lincoln marked a passage in a best-selling self-help book that he gave to his wife: “The motive power in man is Affection. What he loves he wills, and what he wills he performs. Our Character is the complex of all that we love.” Marriages became drenched in sentimentality. Increasingly, marriages that stayed dry headed to divorce.

Children, too, became more sentimentalized, which made their deaths, so commonplace in early America, all the more crushing. Literate mothers in the colonial era wrote fatalistic, matter-of-fact diary entries about their children’s deaths, but mothers in the antebellum era more often wrote anguished, detailed cris-de-coeur. In the Victorian era, clerics who had once spoken of deceased infants as eternally doomed (for having missed the chance to repent) turned to a rhetoric of pristine innocents called back to Jesus. Sociologist Viviana Zelizer has shown how insurance policies for children, once sold to replace the income a working child would had provided parents, eventually sold as compensation for the heart-wrenching loss of the now “priceless” child.

Nineteenth-century sentimentality focused a great deal on death. Middle-class Americans amplified grief by, for example, adopting elaborate mourners’ clothing and burying the deceased in forested cemeteries rather than churchyards. These romantic settings evoked stronger feelings and provoked experiences of the sublime. Such melancholia provided fodder for Mark Twain, whose Emmeline Grangerford drew illustrations of tear-streaked mourners with titles such as “And Art Thou Gone Yes Thou Art Gone Alas.” Huck Finn criticizes her poetry, lines delivered “just so it was sadful.” Grangerford’s caricature captures the bourgeois sentimentality of the mid-19th century.

The great reform movements of that time built on and built up middle-class northerners’ sentimentality so as to generate sympathy for the pain and suffering of slaves, abused children, families of alcoholics, and even for heathens bereft of salvation, among other objects of pity. Horrific displays of physical torment—in drawings, in literature, and most famously in stage performances of Uncle Tom’s Cabin—moved audiences toward reform. Yet many reformers worried that such graphic depictions also coarsened the audiences, creating a callous and voyeuristic taste for cruelty—much like the worry these days about “disaster porn.” Historian Karen Halttunen writes that the “cult of sensibility had proclaimed pain unacceptable but simultaneously discovered it to be alluring, ‘delicious.’”

Still, more Americans learned to be emotionally repulsed by what had once been unremarkable or entertaining cruelties such as bear-baiting, lynching, eye-gouging, and wife-beating. Many 20th-century Americans found, as Huck Finn had, the florid sentimentality of their grandparents’ era a bit much, but the underlying code of sensibility and sympathy spread, both in personal relations and in public stances. This code penetrated widely in American—in Western—society and covered an ever-expanding population. Not only for neighbors, fellow Americans, or even fellow Christians do Americans feel sympathy, but for people and creatures around the world. “We” is defined more broadly and expressed in a variety of ways, from adopting Asian and African orphans, to intervening in the Bosnian War, to, among the most sensitive, our mammalian cousins.

Why this modern expansion in the range of objects fit for sympathy? Some explanations point to deep cultural changes in Westerners’ understanding of human nature. New ideas sacralized the individual; described the person (initially only the white male person) as endowed with human rights without respect to any group, status, or estate; and treated him or her as born worthy. For the cultural vanguard of the 19th century, these principles necessarily applied widely. Over the years, the principles covered more races and religions and even species.

Other explanations of sympathy’s greater reach point to economics. One version simply claims that growing wealth and security freed Westerners to focus on higher goals, including the pursuit of conscience. An alternate economic explanation may be more interesting. Some scholars, the historian Thomas Haskell perhaps most explicitly, argue that the widening circle of sympathy resulted from growing participation in commerce. Commerce, especially at a distance, introduces participants to strangers. Success at trade both requires and teaches people to see situations from others’ perspectives, to make and to keep promises, and, by experience, to have sympathy, even empathy, for the other. Buyers and sellers, however much they struggle against one another, come to know one another. Commerce at a distance also instills a sense that one could successfully intervene at a distance. So Haskell titles his analysis “Capitalism and the Origins of the Humanitarian Sensibility.” Some recent cross-cultural research supports his argument, finding that the more communities in developing countries are integrated into commercial markets, the more likely are their residents to engage in sharing and fair-dealing with anonymous partners.

The Haskell argument has been criticized; after all, the slave trade was a perfect example of commercial capitalism. Yet major capitalists of later generations became philanthropic innovators. Many historic developments factor into the advance of empathy. Whatever its source, the gut feeling that we modern bourgeois get when our compassion is touched—say, by celebrities calling for our help in the Concert for Bangladesh (1971), “We Are the World” for Africa (1985), and “Tsunami Aid” (2005)—should not be taken for granted. It is a socially constructed emotion, which needs continued cultivation. 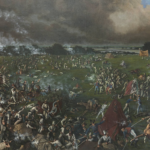 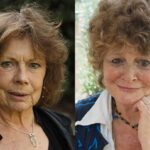