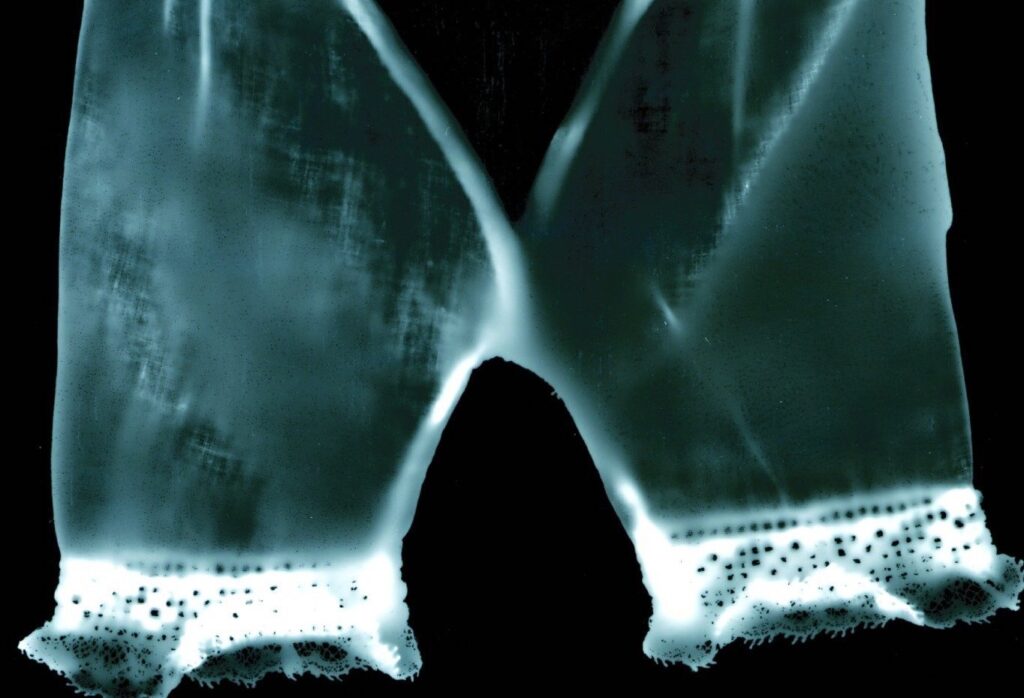 The Light in the Heart

Anne Carson is a mental pentathlete. A professor of classical and comparative literature, she turns her muscular intellect from modern to ancient erotics and from the sacred to the profane with all the dexterity, determination, and deadly aim of an Olympian switching from sword to pistol, from land to water, from horseback to foot. She has produced poems by turns narrative, lyric, and philosophical; a hallucinatory novel-in-verse; revelatory works of translation; a book of fictive “short talks”; and many instances of what might be called “ecstatic scholarship.” Her books’ subtitles—“Reading Simonides of Keos with Paul Celan” and “A Fictional Essay in 29 Tangos,” for example—provide some sense of her proclivity for bending genre. For Carson, the paradoxically named Random House imprint Vintage Contemporaries, which has published several of her books in paperback, seems wholly appropriate.

Carson’s latest book, Decreation: Poetry, Essays, Opera, fits well into this hybrid body of work, and yet it is even more deliciously diverse than its title would lead one to expect. Its moods and forms range from steely lyric to lanky essay, from piquant ekphrasis to buoyant oratorio, from screenplay to opera. Its subjects include death, sleep, art, eclipse, epic, Longinus, Virginia Woolf, and Michaelangelo Antonioni. The title itself is borrowed—the term “decreation” was coined by Simone Weil to describe the self-evacuation that makes room for God—and to consume Carson’s text is to swallow a weight of such allusions, along with a slew of elaborations, etymologies, and quotations. In the essay, “Foam (Essay with Rhapsody),” Carson identifies Longinus’s On the Sublime as a forerunner of this gallimaufry, and she describes his (and her own) documentation fetish thus: “The passionate moment echoes from soul to soul. Each controls it temporarily. Each enjoys it quote by quote.”

Through the glittering variety of this book, Carson constantly shapes, editorializes, and annotates, turning our attention to whatever happens to have caught hers. And yet for each carefully documented passage or fact, each explanatory preface or subtitle or teased-out etymology, there is a moment in which Carson enters the text only to undermine her own authority. One such moment comes in the middle of the telling essay “Every Exit Is an Entrance (A Praise of Sleep).” After revealing herself to be a poor sleeper, Carson sets out to document that which so eludes her, chiefly by examining sleep in literature. The essay quotes a passage from Virginia Woolf’s 1921 story “A Haunted House,” which concludes with ghosts bent over a narrator who wakes and cries, “Oh, is this your buried treasure? The light in the heart.” Carson subsequently confesses, “I don’t exactly know what the last two sentences mean.”

This is a marvelous evasion. Carson goes on to stitch the quote into an essay, and indeed a whole book, that shows what it means, but she can’t say it here and put a stop to the lovely motion from “soul to soul,” “quote by quote,” a motion that so thrills her, Longinus, and her entranced audience. Like Woolf, Carson undermines the purposeful “I” of these poems and essays in order to transfer the burden of truth-making to the reader. Carson’s subtlety of tone directs us to read Decreation as a whole and as the sum of its parts, to recognize how meaning resonates across forms and subjects through a system of recurring motifs, turns of phrase, keywords, and figures. The different forms in which Carson writes, from the chiseled lyrics of the first 20 pages to the roving essays and airy dramatic pieces throughout, allow her to advance and efface her presence in the book by turns, and thus to unobtrusively steer us toward a reading of the whole.

Such lateral reading allows us to recall both Longinus’s quote-mania and Woolf’s “light in the heart” when, in “Ode to the Sublime by Monica Vitti, ” the speaker remarks, “I want everything” and “If I had to go away I would take with me everything I see”—as if by perceiving and documenting one could stow this “everything” like treasure in the mind’s eye. We hear the Italian actress again in “H&A Screenplay,” which transfers the medieval lovers Heloise and Abelard into a contemporary filmic landscape. In one scene, the lovers toss a pillow back and forth in a motel bedroom until Vitti/Heloise remarks, “You always win Abelard : it’s not God who wins, but you.”

This system of resemblances prompts us to read Longinus in place of Vitti, or Vitti in place of Heloise, or Antonioni in place of Abelard, or Carson, eventually, in place of Sappho. (One poem describes “Coetzee basking / icily across from you at the faculty table,” an allusion to Sappho’s fragment, quoted in Longinus and later in this book, that begins, “He seems to me equal to gods that man / whoever he is who opposite to you / sits”). These resemblances prepare us for the book’s final essay, “Decreation: How Women Like Sappho, Marguerite Porete and Simone Weil Tell God,” which invites us to see analogy in all three writer-mystic’s strategies of self-removal: Sappho, who identifies herself as an excluded third in a triangle that more immediately connects her beloved and a rival; Porete, a medieval French heretic, as her own rival for union with God, which requires her to discard her self; and Weil, as the self who must be removed in order for God to have “perfect union” with the rest of his creation. After four expository essays establishing these correlating habits of decreation from creature to creature, Carson then gives us a surprisingly light three-part “opera” illustrating the women’s analogous annihilations of self.

I don’t care anymore about justice, injustice,
how they end,
how they start.
I just want to be clear
to be more and more clear
until finally
all you see
is the line
left by the cutting tool
in the heart,
not even
the heart.

has stripped me
from myself
absolutely
and placed me in divine pleasure without myself!

When the Inquisitors in this second part name Porete a “false woman,” they perhaps rightly diagnose the incongruence Porete recognizes between self and soul: “he has parted me / from myself / absolutely / by a ravishing farness nearer than my own self!”

After 90 pages on the topic of decreation, the book concludes with a strategic sidestep. “Longing, A Documentary,” whose title directs us right back to Longinus and the Sublime of quotes and citations, takes the form of a “shot list,” a notational shooting script. It begins,

SUBTITLE: It was for such a night she had waited.

This ominous opening salvo triggers shades (shades!) of Lethe and Ouse, where Virginia Woolf drowned herself, resonances that are especially strong after the self-erasure motif that has dominated the lengthy decreation sequence. Yet this “she” is not preparing a suicide but an art piece. This “she” is driving down to the river to perform a complicated photograph of the moon from underwater, which requires a precise triangulation of moon, photographic paper placed in the shallows, and a strobe light. Although the artist transports and positions all the materials, the art piece seems to happen all by itself; she merely stands “by” the strobe, and the strobe “surprises the riverbank” when it finally fires. This determined, faceless woman effortfully excludes herself from her own creation in order to let the materials come into union with each other. As “Moonlight sways down through black water onto the photographic papers,” we remark the absence of the artist’s hand.

“Longing, A Documentary” offers a final allegory of decreation, this time a secular, artistic version that parallels the spiritual kind we have already seen. Although the spiritual decreations receive pride of place in the last third of this powerful, symphonic book, I can’t help but think that this artistic triangulation, which forces the artist to split from herself in order to approach her subject, is the decreation this book is truly interested in, the one it investigates and embodies in figure after triangular figure, the figures often doubling and tripling within the space of a single piece. In this sense, decreation provides a useful model for understanding not only the artistic process in general, but the lyric in particular—that which comes from an interior but exists in a bounded, exterior form. The poet arrives at this exterior version of the inner self only by separating from herself and becoming a third thing. We see this in the essay on sleep, in which Carson relates an early childhood dream of going downstairs to the green living room in her family home. Looking back on this dream later in life, Carson realizes “why I found this entrance into strangeness so supremely consoling”: It was and remains for me a consolation to think of it lying there, sunk in its greenness, breathing its own order, answerable to no one, apparently penetrable everywhere and yet so perfectly disguised in all the propaganda of its own waking life as to become in a true sense something incognito at the heart of our sleeping house.

So there it is, your treasure, the light in the heart, the vision that new sightlines make available to the poet, the mystic, the lover, and the reader. Silted with abstraction and pierced with reedy detail, Decreation exhibits the potency and beguiling singularity of a dream.

Joyelle McSweeney, Associate Professor English at Notre Dame, is author of Salamandrine, 8 Gothics and cofounder and editor of Action Books.