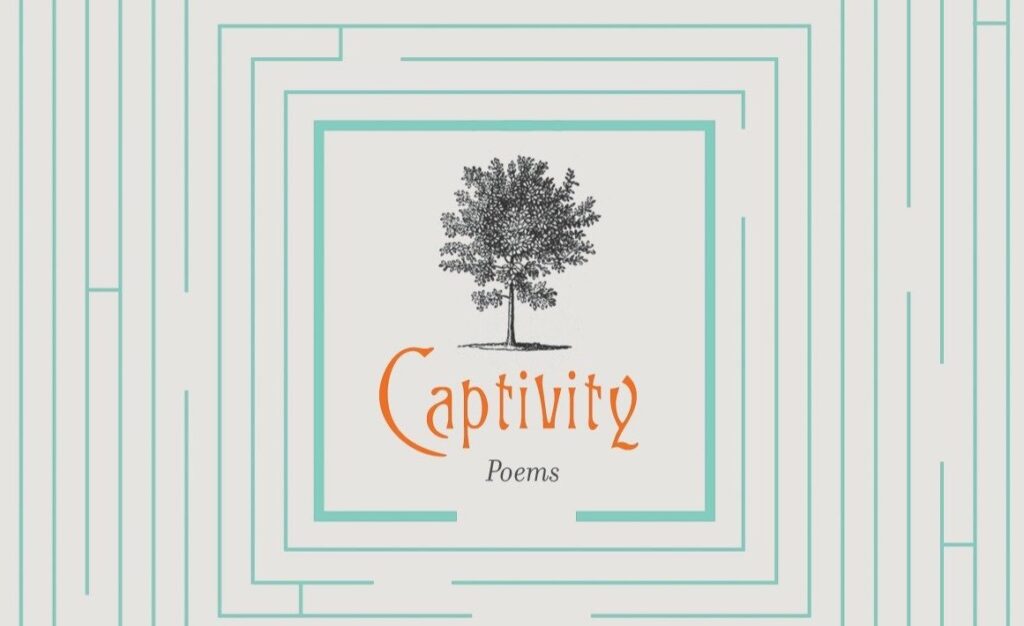 If freedom—“liberty,” in the Revolutionary parlance—has ever been an American preoccupation, then so too has the alienation of this “inalienable right.” As early as the 17th century, English colonists were enthralled by the stories of those among them who had been taken captive, chiefly by the Native Americans of New England and the mid-Atlantic. The two most famous of these captives were women: Mary Rowlandson, taken with her family from Lancaster, Massachusetts, during King Philip’s War in 1676; and Mary Jemison, taken with hers from the central Pennsylvania frontier in 1758. Both women lived long enough to tell their stories. Both texts continue to haunt a westernized America’s notions of itself.

Laurie Sheck is by no means the first American poet to engage both the theme of captivity and the colonial narratives that undergird it. Most recently, Mary Ann Samyn covered much of the same ground in her collection Captivity Narrative (1999), while Deborah Larsen reimagined Jemison’s story in her widely praised lyric novel The White (2002). For both Samyn and Larsen, the question of captivity—of unfreedom—involved both internal and external factors: an othering of the self, of the process by which a self, set loose among the animals and furniture and other humans of the physical world, demarcates its limits. In Samyn’s poems, the speaking self is always situational—that is, situated; in many of the later poems of her collection, the self is in fact projected onto a map: Alice in Wonderland or Gretel, Emily Dickinson or “The Disappearing Girl.” Larsen hews more closely to the historical particulars of her heroine’s story, emphasizing the varied complications that can ensnare a person seeking personhood: not just politics and culture but also class and gender and the bonds we forge with other men and women as friends, siblings, husbands, wives, lovers, teachers, fathers, mothers.

Sheck, one of the most accomplished lyric poets writing in America today, hearkens back to this antique form in her fifth collection, Captivity. Like Samyn, she structures her collection around a series of “removes,” as Rowlandson dubbed the chapter headings of her 1682 account, one remove for each change of geographical location, further into the dark forest of her story. Sheck’s epigraphs and endnotes gather a particular constellation of voices around her work: Rowlandson, of course, along with three other classic captivity narratives; Ralph Waldo Emerson and William James; and, most importantly, Emily Dickinson and Gerard Manley Hopkins. “Captivity is Consciousness— / So’s Liberty,” avers Dickinson. This, for Sheck, is the rub: a consciousness that is ever-restless but never quite free.

Like the poems of Black Series, Sheck’s previous collection, those of Captivity are generally long in line and short in length. Here is “No hour,” in its entirety:

White sky and such intervals of quiet.
How even the most still-seeming thing rushes through itself and isn’t final.
Particles. Waves. Nor can I compute the possible.
In my most careful calculations, I am the automaton holding out her bells,
Raising and lowering her fists to a measured, steady ticking. But there is a cast-apart
In me that marks no hour, and its hands hold no bells at all,
The seconds slant and coarse with split-asunder.

This is a speaking self situated in landscape. But the landscape no longer offers the speaker any legible clues by which a discrete personality might be manufactured, measured, or maintained. The more careful the speaker’s “calculations,” the more like an “automaton”—the more unfree—she becomes. That this automaton is capable of music—and the music of Sheck’s language is never less than exquisite—proves no consolation.

In fact, what is most striking is just how devoid of human contact these poems are. In the midst of these ruminative monologues there are occasional references to a “you,” a “you” in fact capable of epistolary correspondence. Perhaps this “you” is an absent other, perhaps an absent or else purely imaginary God. For the most part, however, Sheck wanders alone in a cold New England forest of quotation and landscape, none of which satisfies her thirst for a stable self, as we see in “The Eleventh Remove”:

Teohare: to be suspended between two different places.
And yet it seems the remembered home is not one home but clusters
Of otherwise and absence, reeling, ever-changing. Nor is here one single here.
How the I constantly crumbles yet still stands.
We pass south of the river. I count oak trees, birch trees, beech.

The “we” in the last of these lines is problematic: just who is accompanying the speaker on her journey? Not the absent “you.” Does “we” refer to Sheck’s captors, or to her fellow captives? If so, where are they in these poems, on their own terms? Are her companions solely those voices named in her epigraphs and notes? There is no prehensile touch in this collection, no possibility of intimacy. Sheck locates the blame in a fundamental estrangement of mind.

In an early poem, Sheck exclaims “How alien, how chilling, this austere and fierce machinery of thinking.” Her problem is not a mind–body problem—there is precious little body in these poems—but a mind–mind problem. “What is this chain of feelings by which we mean (if it is that) a self?” she asks. “What does astray look like, and what is the sound of capture, / The sound of breaking free?” Eschewing any false or comforting certainty, the speaker in these poems lacks any points of internal reference. She cannot “capture”—lay claim to—her own mind any more than her eyes can “capture” the images they perceive. The mind is a damaged thing, “deeply marked.” Even a brief, incandescent cameo appearance by the 18th-century poet Christopher Smart fails to shake the speaker’s obsession with the mind’s failure to bridge the gap between the self and the world.

But I can find no single letter for these rips of mind that thinking is,
These strivings of mind so like a hand that crumbles at the moment that it touches—
Wild of—winter of all—both precious and common—grain of wood.

The mind’s hand crumbles at the moment of contact. Smart, of course, was mad—or adjudged mad—when he wrote his Jubilate Agno, from an asylum. In these poems, Sheck remains lucid, but sanity itself is unbearable. “The real pain is to feel one’s thought shift within oneself,” Antonin Artaud insisted. This is perhaps truer for Scheck than for any other contemporary poet. “Exposed is a place // Of plural and begin,” she declares at one point. But despite her existential candor, the lyricism of her language, and the fierce clarity of her gaze, one apprehends less plurality or initiation than a sort of benumbed terror. In Captivity, Sheck seems uninterested in escaping her charged solipsism. Rather, she seeks to document it.

Mary Rowlandson was about 40 when she was taken prisoner. Many members of her party, including one of her children, died or were killed during the ordeal, which lasted 11 weeks before Rowlandson was ransomed (“redeemed,” in the language of the genre) and returned to Anglo-American society. She saw her experience as a test of her faith; she viewed her deliverance as having taught her “the more to acknowledge [God’s] hand, and to see that our help is always in him.” Mary Jemison, on the other hand, was only 15. The rest of her family was killed as her captors eluded rescue parties sent to the Jemisons’ aid, and Mary was permanently separated from her sole surviving brother. Adopted by the Seneca, Mary Jemison eventually married twice within the Native American community. By her own testimony she derived great satisfaction from her life among the Seneca and from her relationships with both her husbands. Though in later life Jemison had many opportunities to rejoin white society, she maintained that her real and abiding home was in her adoptive culture, with her children, her grandchildren, and her friends. In Sheck’s Captivity, the question of “redemption” is never broached. How can we, as thinking beings, be “redeemed” from the condition of thought? By what, or by whom? And to what or whom, “redeemed,” might we go? Sheck, devoid even of volition—“I can’t think of altering anything,” she says at one point—has neither a God nor the human to succor her. Consciousness has drafted her into its army of unfreedom, in which there is room for vision, even moments of wonder, but never true choice. Beauty is opaque, an enigma. “The brutal unsolved is a stark liberty,” she insists; “I drift out from the sole inlet of to know.”

“But if there were to be a rescue, a return,” Sheck hesitantly suggests in the final poem of Captivity, “I am pluralled now, and stranger.” The “we” in these narratives is revealed to be the speaker’s own divided self, unreconciled, irreconcilable. The speaker is both stranger to herself and become a stranger, the line between captive and captor blurred. “What sovereignty is left in me but these brisk or delicate warrings, rogue-states / Splintering, unchaining.” The mind can imagine consolation, but not what “consolation” might be—involve, entail—beyond its approximation, its temporary nature. “Comfort hides its barbed and yet,” the sting of its ephemerality. These are a prisoner’s poems, under a condition of forced march on the frontiers of being: “We cross it is so cold the first frost has fallen we rest we cook we talk continue on.”